«One and the Same»

TEDx is back in Cowes with more amazing speakers to inspire people to action for Ocean Sustainability! This year's theme is «One and the Same», how we and the Ocean are part of the Planet like different parts of the same body.What does it mean for us and for the Ocean? What does it mean for the actions that we take? And those that we decide not to take? 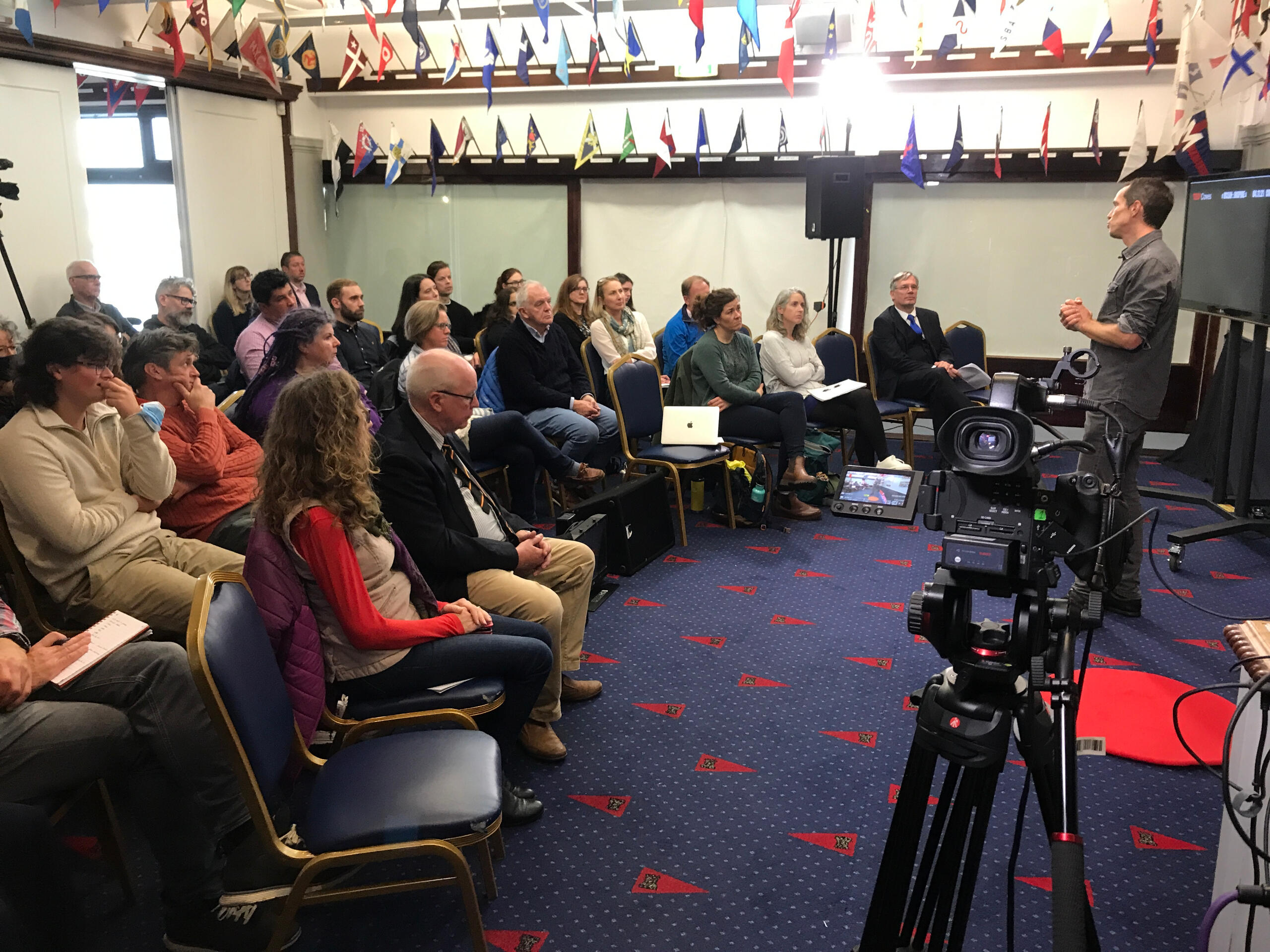 The first edition of TEDxCowes brought 7 amazing speakers on stage at the Island Sailing Club in Cowes.And 6 months after publishing the talks on the TEDx YouTube channel, our speakers got over 200k views!

GET YOUR NAME IN FRONT OF 200K + VIEWERS

Last year speakers set the bar rather high!Do you want to come on stage and share your idea and actions about being «One and the Same» with the Ocean and the Planet? 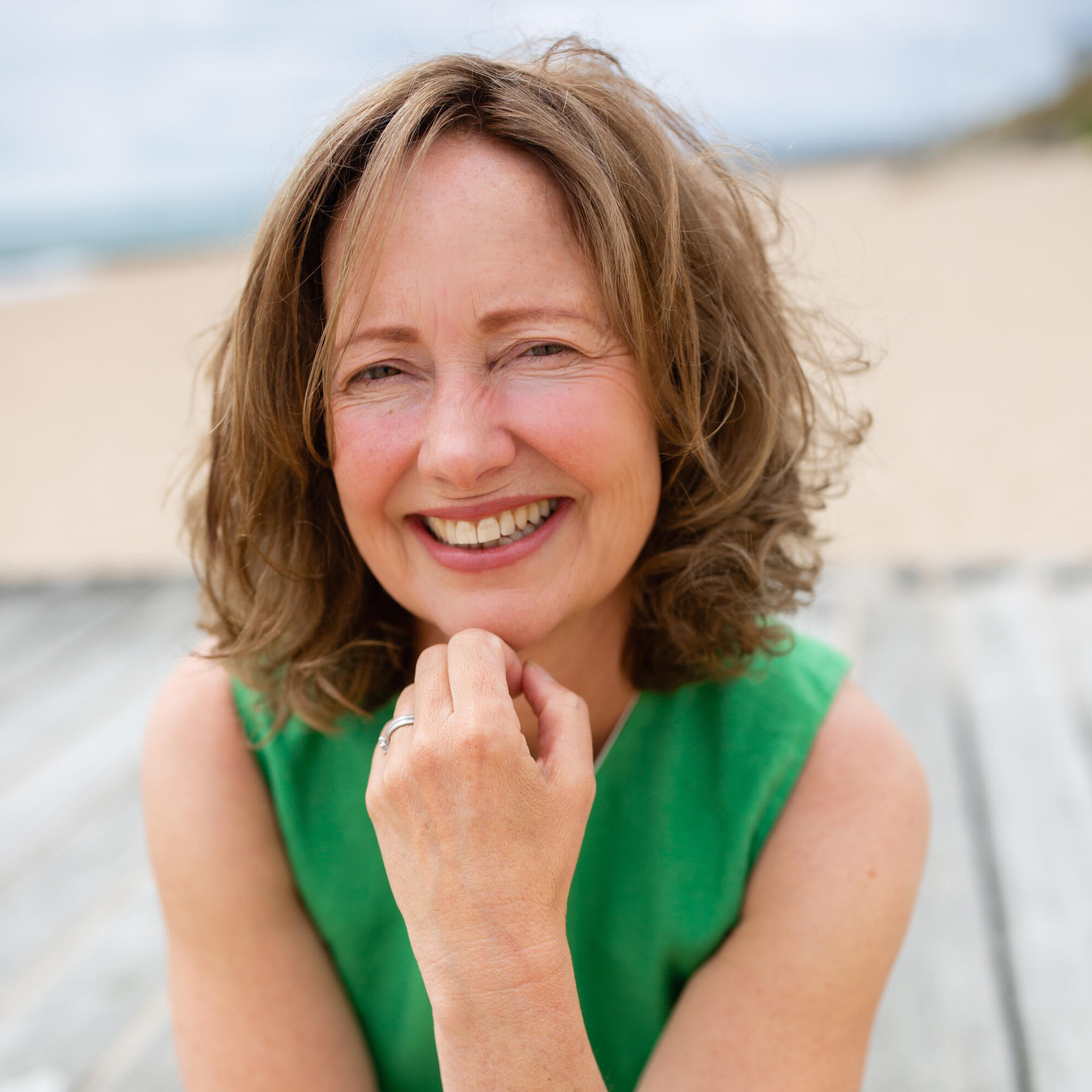 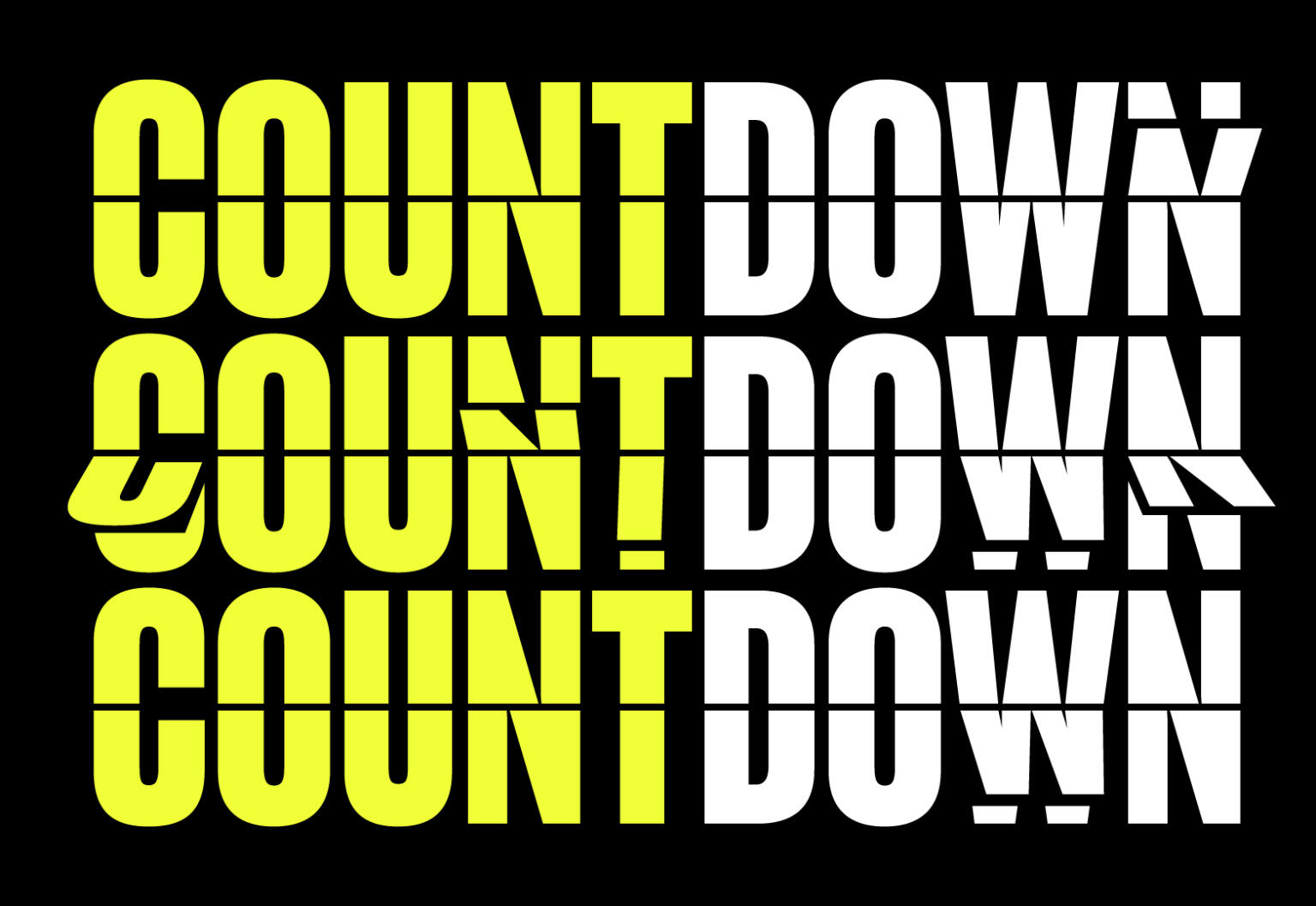 We just started organising the event! It will be held in Cowes between October and November, more details soon. Keep in touch to stay informed or even better, support us with your donation! Every supporter will have live access to the online streaming on the day of the event. And if you choose the special perks you will gain a free entry to the event!

help us inspire one million people

«One and the Same»

All the narrative about our relationship with the Planet and Nature is one of separation. Nature and Us, the Planet and Us. While it might work to leverage our fear of becoming extinct, it does not serve us to inspire our love for life.What about a narrative where we are part of the Planet and Nature, not separate from it? A narrative of belonging and even more, BEING One with the Planet.As soon as we realise we are «One and the Same» with the Ocean and the Planet it becomes obvious that we don't want to hurt Nature because we would be hurting ourselves.

get inspired to action 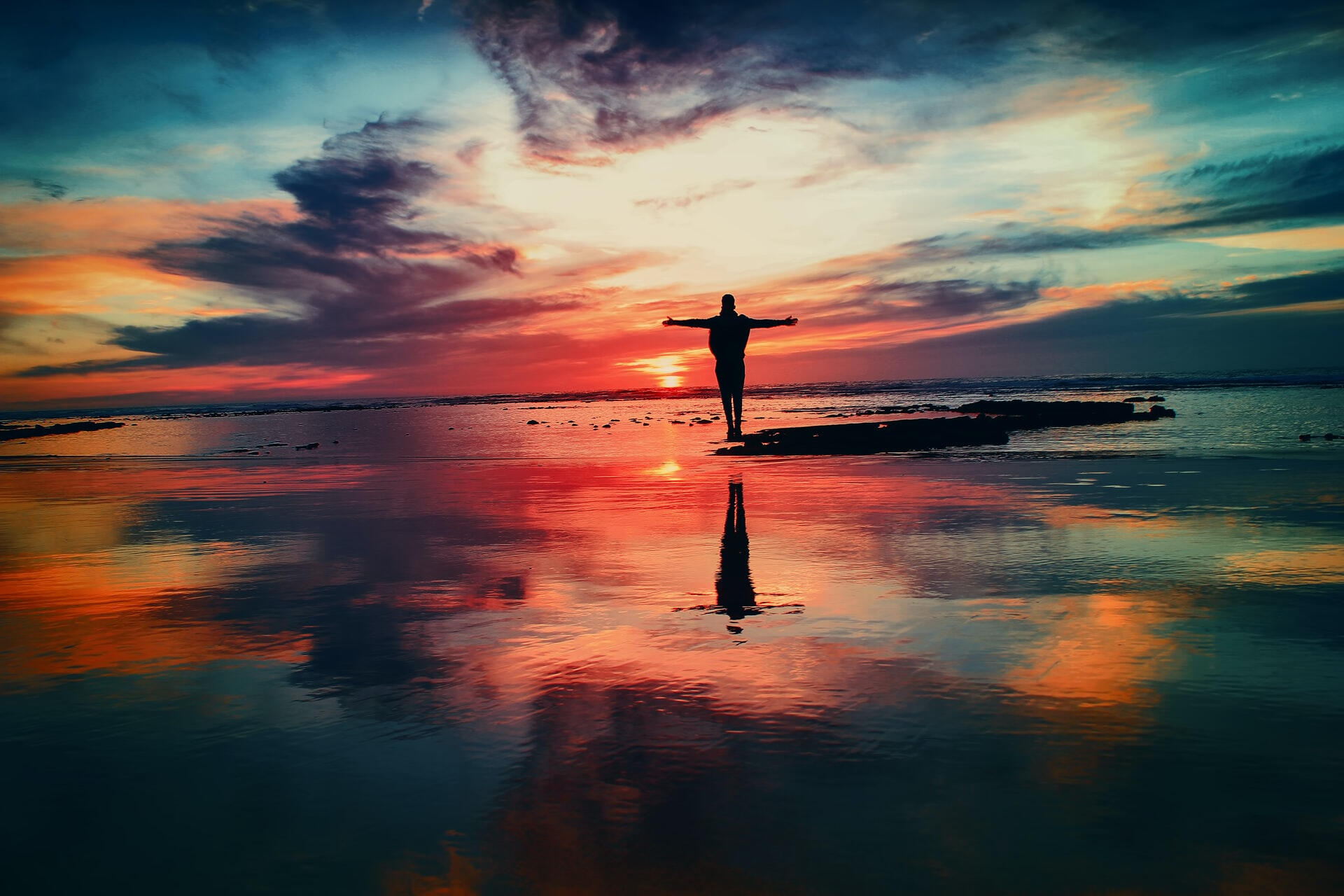 Register to stay in touch and receive the most recent updates about speakers, sponsors, date and location!

On a mission to heal our planet from the inside out by helping people find the innate wellbeing and potential already within them.

Thank you for joining the growing community of TEDxCowes supporters!
In a moment we are going to email you a message with the subject
"Important: confirm your subscription", check your inbox and spam folders just in case...
In that email make sure you "Confirm your Subscription" with the big blue button!

Use the form below or simply send us an email at hello@tedxcowes.com

Use the form below or simply send us an email at hello@tedxcowes.com

Thank you for your interest. We will get in touch shortly!

A revolution is about to start, help us ignite it!

Hi, I'm Leonardo Zangrando, Naval Architect and Solo Sailor with a passion for Ocean Sustainability. My objective is to inspire 100 million people to ACTION for Ocean Sustainability. Last year I produced TEDxCowes 2021 «Ocean: Inspire» with action-inspiring talks that got over 200k views after 6 months.This year I do it again and I look for your support as a sponsor for TEDxCowes 2022 «One and the Same» with a small financial commitment and the opportunity to become part of a series of bigger projects to follow, with the objective to get 100 million people to ACTION for Ocean Sustainability!So take action yourself and get involved with TEDxCowes 2022! Take the first step sponsoring the event, and explore if you want to be part of the bigger picture, including more events, a Netflix documentary and a first of its kind scientific ocean expedition.Learn more about TEDx and the sponsoring opportunities below!

About TEDx, x = independently organized event
In the spirit of ideas worth spreading, TEDx is a program of local, self-organized events that bring people together to share a TED-like experience. Learn more.

TEDxCowes objective is to inspire millions of people to take individual and collective action for Ocean Sustainability, showing people that each one of us can have an impact, and we can multiply our individual impact 10- 100- 1,000-fold.

why do it / what you get

Your logo will be shown in the Sponsors slide at the beginning of each talk, which will be seen by the audience at the event, the remote audience of the live streaming, and most importantly the viewers of the talks videos on TEDx platform. Last year's videos totalled more than 200k views after 6 months from publishing.
You will be able to install a banner in the lobby of the event and distribute your marketing material.

We made it easy for you to decide to sponsor. The financial commitment is very low, starting from as little as £1,000, so to allow you a quick decision within your remit.
This level of sponsorship can be in turn the entry level for the broader strategic sponsorship package below.

If you think big and you are looking for an opportunity of a strategic sponsorship for Ocean Sustainability, TEDxCowes is just the first step of One & Ocean, a project aiming to inspire 100 million people to take individual and collective action for Ocean Sustainability, by reaching to their hearts and awakening Humanity's connection with the Ocean and the Planet.
One & Ocean is
- a solo sailing expedition around the world
- a platform for Ocean science
- a series of live events and
- a powerful documentary.
learn more on the One & Ocean website and get in touch!

About TED, TEDx and the Countdown

About TEDx, x = independently organized event
In the spirit of ideas worth spreading, TEDx is a program of local, self-organized events that bring people together to share a TED-like experience. At a TEDx event, TED Talks video and live speakers combine to spark deep discussion and connection. These local, self-organized events are branded TEDx, where x = independently organized TED event. The TED Conference provides general guidance for the TEDx program, but individual TEDx events are self-organized. (Subject to certain rules and regulations.)About TED
TED is a nonprofit organization devoted to Ideas Worth Spreading. Started as a four-day conference in California 30 years ago, TED has grown to support its mission with multiple initiatives. The two annual TED Conferences invite the world’s leading thinkers and doers to speak for 18 minutes or less. Many of these talks are then made available, free, at TED.com. TED speakers have included Bill Gates, Jane Goodall, Elizabeth Gilbert, Sir Richard Branson, Nandan Nilekani, Philippe Starck, Ngozi Okonjo-Iweala, Sal Khan and Daniel Kahneman.The annual TED Conference takes place each spring in Vancouver, British Columbia. TED’s media initiatives include TED.com, where new TED Talks are posted daily; TED Translators, which provides subtitles and interactive transcripts as well as translations from volunteers worldwide; the educational initiative TED-Ed. TED has established The Audacious Project that takes a collaborative approach to funding ideas with the potential to create change at thrilling scale; TEDx, which supports individuals or groups in hosting local, self- organized TED-style events around the world, and the TED Fellows program, helping world-changing innovators from around the globe to amplify the impact of their remarkable projects and activities.Follow TED on Twitter at http://twitter.com/TEDTalks, or on Facebook at http://www.facebook.com/TED.

About the Countdown
Countdown is a global initiative to champion and accelerate solutions to the climate crisis, turning ideas into action. The goal: To build a better future by cutting greenhouse gas emissions in half by 2030 in the race to a zero-carbon world – a world that is safer, cleaner and fairer for everyone.Every organization, company, city and nation and citizens everywhere are invited to collaborate with Countdown and take action on climate. It is a movement open to everyone – and everyone has a vital role to play.The Countdown Summit 2021 brought together hundreds of leaders in Edinburgh, Scotland, in October 2021, as TED speakers shared a blueprint for a beautiful net-zero future. This plan – along with inspiring stories of local action – will be amplified by hundreds of TEDx Countdown events around the world every year from 2021 to 2030.Companies, cities, partners, citizens and TEDx organizers can join the Countdown conversation, help spread the word, and discuss local solutions by hosting TEDx Countdown events in their communities.Anyone, anywhere can sign up to host their own TEDx event of any size and format. You can host a watch party featuring Countdown talks, or curate a combination of Countdown talks along with your own original talks –– it’s up to you!